“Ev’ry time I lay down to read the paper, I can’t read the paper. My eyes start watering,” said an older male voice at Dos Amigos restaurant, Byron, about 6:15 tonight.

Also at the diner today, our waitress friend complained about religious songs on the radio. “‘Raise your hands, praise the Lord’ — oh, God, there’s no such thing,” she atheized.

A little girl at our diner turns around in her seat and tells us that she’s only 10 months shy of being 6. “And you know what I want? LOTS of make-up,” she says. Also, “I can EVEN use knives! ” Meanwhile, my wife tells her own story: “I think I wrote a sentence the other day.”

“Wait, you’re planning to get trashed, aren’t you?” asked a 20 – something woman at Starbucks on East State, Rockford, IL, at about 11:40 a.m., of whomever she was talking to on her phone.

Overheard at the diner this morning: “To be perfectly honest with you …,” said a 20-some guy who was about to be rude to his girlfriend. 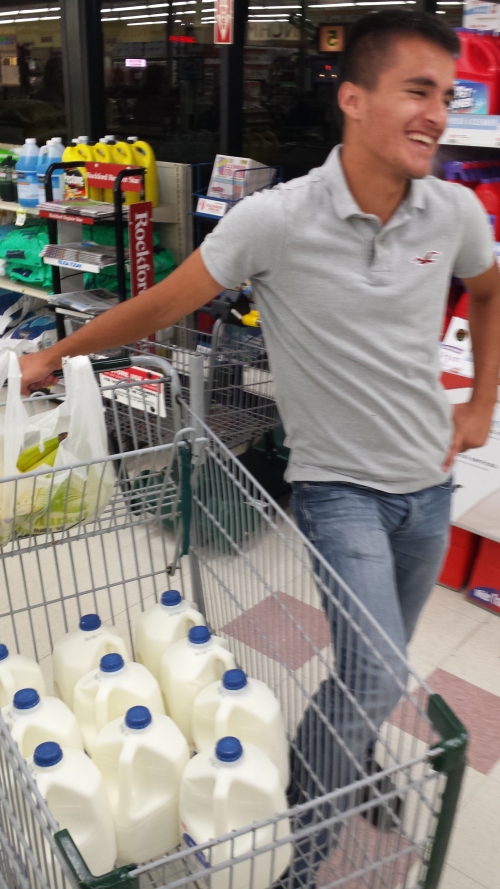 At the diner, Saturday morning.
My wife: “I know that little girl. ”
Me: “The one who just walked by here?”
My wife: “Yeah. I tricked her into thinking I was psychic, once.”

Also at the diner, I heard Jessica Waitress say: “That was like a cross between a horse and a witch … and maybe a little goat thrown in there, too.”
The waitress later told us she was describing the laugh of Kim Waitress. Jessica further explained that Kim sometimes surprises her by purring in her ear, and then Kim demanded, “Purr in MY ear. I want to know what it’s like. “

This entry was posted in Comic silliness, Nonfiction, Transcribed from life and tagged Byron, diner, quotes. Bookmark the permalink.