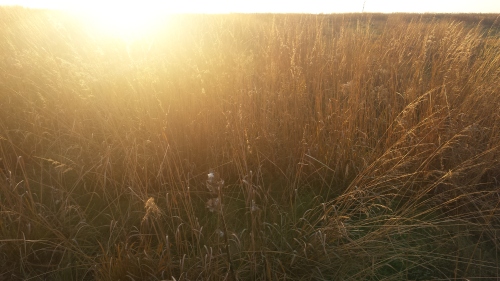 Between 3rd and 4th period, I heard this in the hallway:

And later, I made that dialogue the journal topic of the day. A student said he knew a particular girl, whom he named, who also said “stop” like “STAAAHP.” Another student answered back, “How would you know how she says ‘Stop’?” After we laughed, second student said, “I didn’t mean it like that.”

Student said to another student, whose chair had been making noise, “What is up, Squeaky Chair Girl?” Second student answered, “I know. It’s freakin like EHRRR.”

The announcements read this morning over our school’s P.A. system included this statement: “The U.S. Army will be here at lunch tomorrow,” and I quipped to my students, “That’ll be handy in case a war breaks out.”

Later, before we read our poems, student said, “I need to reprint my thingies real quick.” When I started writing down this quote, she told me, “I’ll let you know when it’s good,” when a quote of hers is good enough to write down.

Another student in my 10th hour class, student asked if the assignment she turned in the next day would be late. Well, yeah, I said, but I won’t take off points for that. On the other hand, I said, I COULD take off some points. “Let’s stay friends,” she said.

After school, in the student parking lot, I heard a young woman say to others, “he said it looked like roast beef. I was like, ‘oh my god.'”

Also in the parking lot, I heard student tell another student, “dry shampoo is the same thing as regular shampoo. You just don’t get your hair wet.”

In a Mexican restaurant tonight, one seated young man said to another young man who recently entered, “What’s up, dude? I thought that was you,” almost as if he’d said “I thought you were YOU.”

This entry was posted in From the pocket pages, Transcribed from life and tagged quotes, stuff students say, stuff teenagers say, teenagers. Bookmark the permalink.