Trees never get lost in the woods: March notes from pocket pages

♦ Nothing in the physical world remembers! There is no material or physical past. Things are; there’s no were, no record of how things used to be. 28 Feb. & 3 March

Willow buds appear on 2 March after a couple weeks of warm weather. After a month of cool weather, the buds are still about the same.

♦ To will something, to mean a message, to assert a claim — these acts are abstract? Or merely private? Or are these the same thing? 6 March 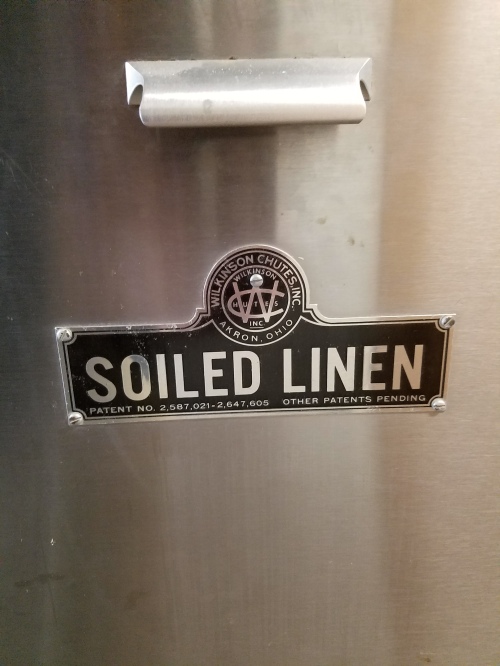 It’s not every Regional Office of Education that has its own “Soiled Linen” chute as our local ROE, located in a former nunnery, does. 3 March

♦ There’s no off-switch on a person or a dog or cat (or any living thing) — we’re alive until we’re dead. Our consciousnesses are continuous, until they aren’t. 6 March

♦ I (and maybe most people) seem to play various personas or roles in various social situations. I play the responsible employee, the considerate neighbor, the respectful customer, etc. Maybe it’s only with my best friends that I can let go of playing anyone beside myself — and maybe that’s one way to define intimacy. 8 March

♦ We learn to be the right level of weird? I don’t endorse “normal” kids picking on the “weird” kids — but as a weird person myself, I feel I’ve learned, through positive (such as making others laugh) and negative (such as being ignored, being labeled “weird”) responses how to be socially appropriate. 8 March

♦ I should not value myself by the ideas I’ve already saved (by writing them down), no matter how clever. I remind myself that my ideas aren’t me. 9 March.

♦ “I love when people print stuff out — it’s just so warm,” said my printer-adjacent student. 9 March

♦ Each person has to learn wisdom anew. Each young person’s mind is new to the world and has to make sense of things. But with this need to learn comes an opportunity: each person might come up with new wisdom! 15 March

♦ A tree becomes a what it is — its particular size and shape — in a particular context, at least partly in reaction to other trees and things around it. Of course, this could be a metaphor for how each particular person develops, too. 15 March

♦ I might get lost in a woods — “these trees all look alike,” etc. — but a tree never gets lost, and not just because it’s rooted to a place. Each tree doesn’t need to know where it is in relation to others. (This might almost be a contradiction to the previous note, but not quite.) 15 March

♦ Why did I listen to myself — have confidence in my own judgments and gut instincts — for most of my growing up? An independent streak? 16 March

♦ “I have conversations with myself all the time,” said student. “You might be having one now,” said teacher. 17 March

♦ Perhaps one could learn all about songwriting from extensive study of just one song, or learn all about writing poetry from one poem, by seeing what can be varied. 18 March

♦ I’m thinking lately that I’m glad I’m not a performer, like a musician, but a creative artist, who can be new, not repeating myself on stage every night. 19 March

♦ “At least he was an alcoholic who had a lot of sex,” said student of writer Ernest Hemingway. 20 March

♦ “Maybe I’ll revive her,” said student, of a character who had died in her story. 21 March

♦ Part of my maturing, of figuring out who I am, has been learning that I’m not like most of the people I have compared myself to. I don’t need to judge myself as inadequate; I’m simply different, and no comparison is needed. 21 March

♦ “I’m so confuzzled,” said student, going on to explain that she was both “confused” and “puzzled.” 23 March

♦ A word versus its absence — there’s a question attendant to each word, an asterisk on each word, perhaps, that calls each word into doubt. Why did the author use that word, and not some other? Each word is not necessary but arbitrary. 24 March 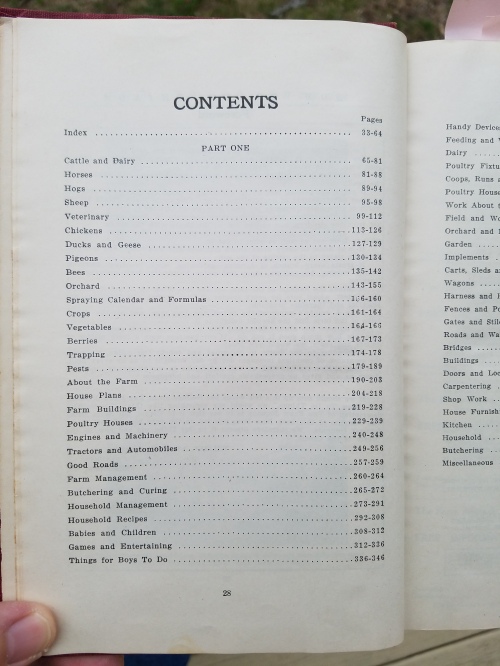 The contents of “How to Do Things,” including 5 pages on “Babies and Children.”

♦ Two of my college roommates and I recently met up at a funeral — in our early 40s, we each now have our own responsibilities — our own niches of jobs, houses, families, etc. Though we didn’t have these same things when we were back in college, we did still have particular places we needed to be, plans to carry out. Our niches were never physical locations, really, so much as concepts? 27 March

♦ There’s more to being alive than words and ideas. I don’t want to be just a supplier of words to others. My life, my being alive, is more than whatever I write, of course. 27 & 29 March

♦ Nostalgia for ’80s pop songs — somehow it seems there was innocence then, which there was, among all the things that were going on. Perhaps we focus on the problems (in the world, as well as in our own own present lives) and we don’t pay attention to the innocence and goodness that’s also always there — that must be there, in order for nostalgia to be able to find it. 28 March 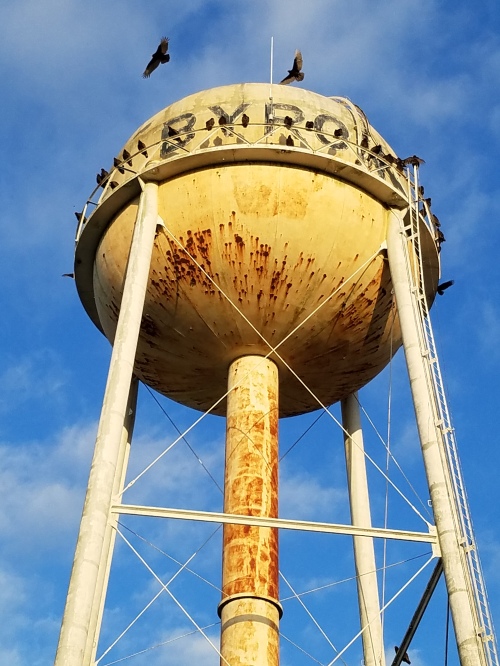 This entry was posted in From the pocket pages, Nonfiction, Photos, Transcribed from life and tagged Byron, Byron Illinois, pocket pages, quotes. Bookmark the permalink.