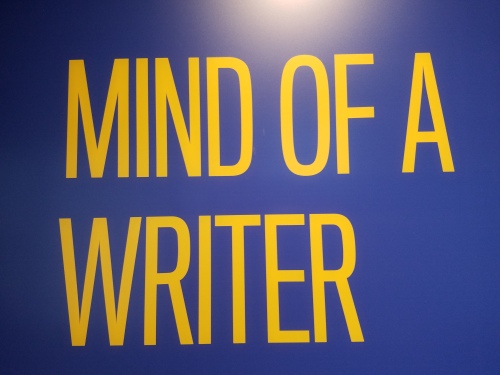 The American Writers Museum opened this spring in Chicago (as I learned about here) and my wife and I toured it a few weeks ago. It’s on the second floor of the building at 180 N. Michigan Avenue, which is near the Bean and the Pritzker Pavilion in Millenium Park. 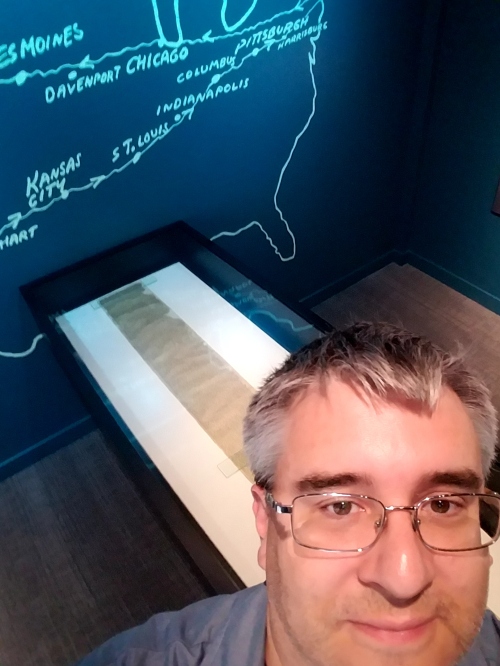 My selfie with Kerouac’s scroll! Though On The Road is no longer my favorite book, I read it in college and felt that it broadened my ideas of what literature could be. (Yes, this isn’t the most-flattering picture of me, but I was pretty eager to take this selfie.) 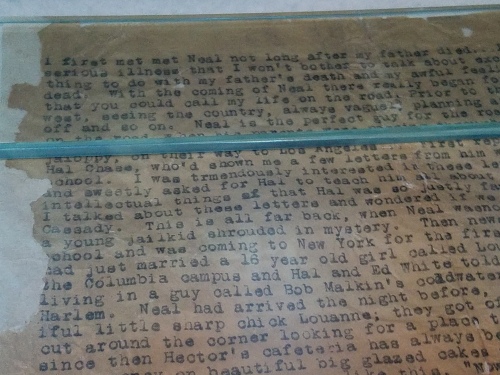 The beginning of Kerouac’s scroll on which he wrote first draft of On The Road. This is a temporary exhibit, there until later this fall. The scroll was under glass, and that blue line in the photo seemed to be another piece of glass holding the scroll flat. Notice too that the names are those of Kerouac’s friends, not yet renamed as characters. 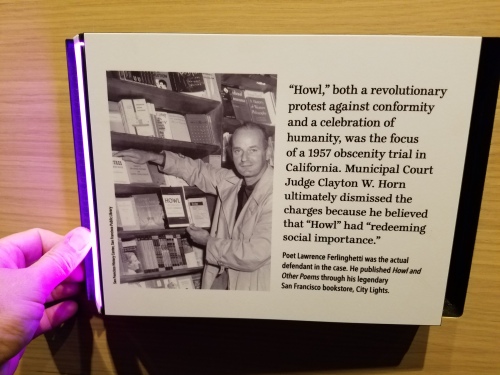 One item on a wall of facts about authors of everything from song lyrics to ad copy. 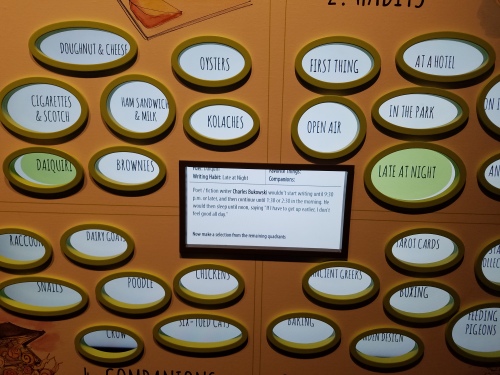 An interactive thing where you pick from the given categories and the screen displays a writer with these characteristics. 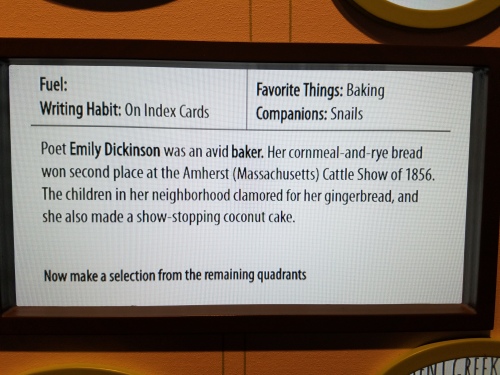 I didn’t know Emily D. was famous for her baking. Or for hangin’ with snails. 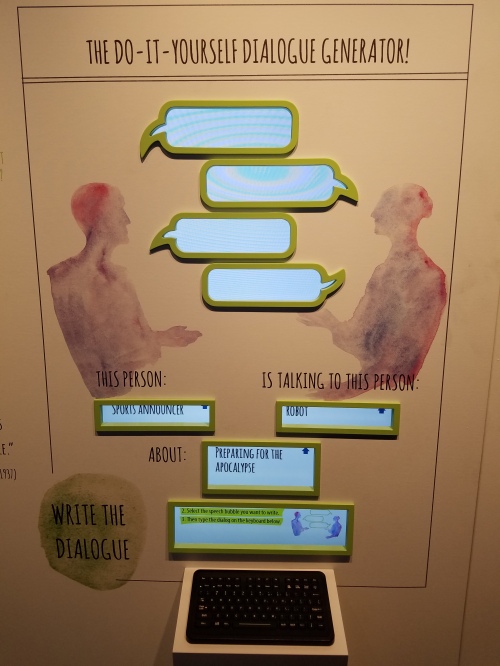 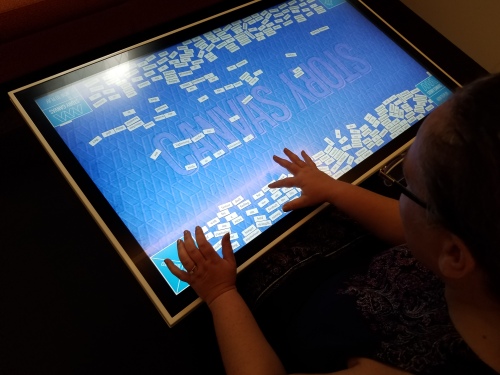 My wife creates with a touchscreen version of a Magnetic Poetry-like game. 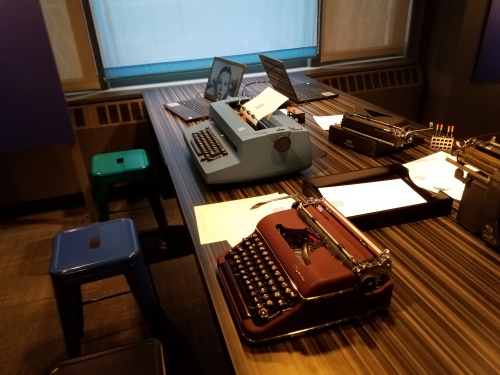 Several typewriters were set up for people to write their own works. It reminded me of typewriters I learned to use. My wife and I liked this display the most.

These two video clips of my wife and I using these typewriters are here because I just liked hearing the sounds of old machines from my childhood. 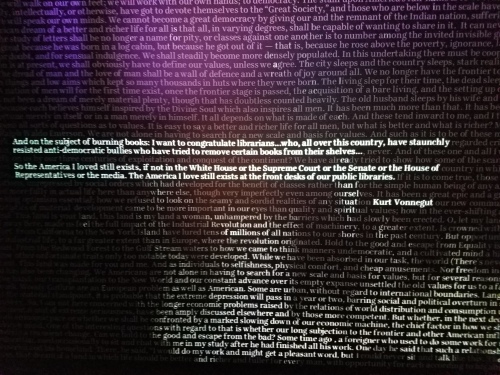 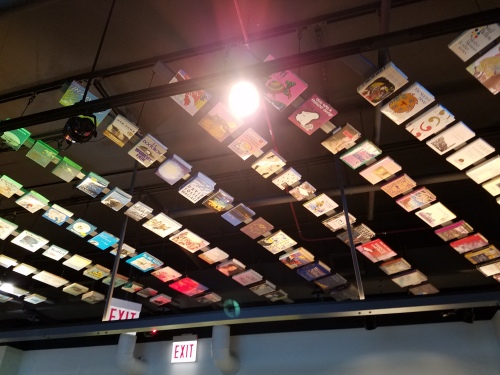 A display of books above the lobby and giftshop of the museum. 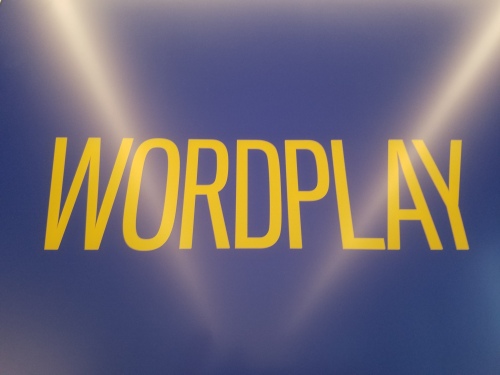