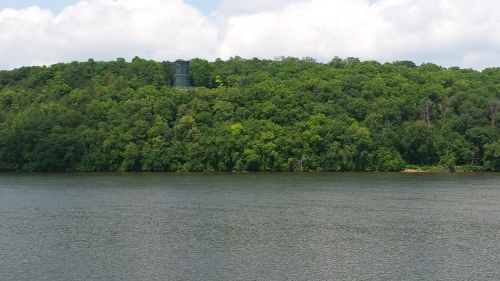 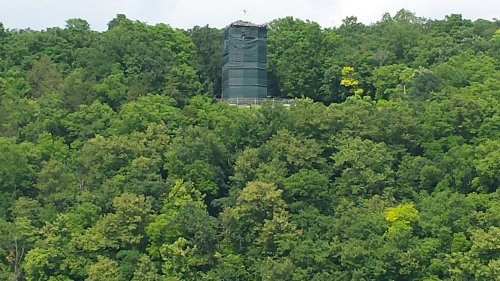 Art fans in my county can look at another example of artistic wrapping (see earlier example here) by driving on Route 2 north of Oregon, Ill., to see Lorado Taft’s “The Eternal Indian” statue, commonly referred to as the “Blackhawk Statue.” What looks intriguingly like a green monolith on a green hillside is actually the statue under protective wraps while it undergoes restoration work to repair cracking concrete. The picture below doesn’t give a sense of the statue’s scale, but it does focus on some of the disintegration: 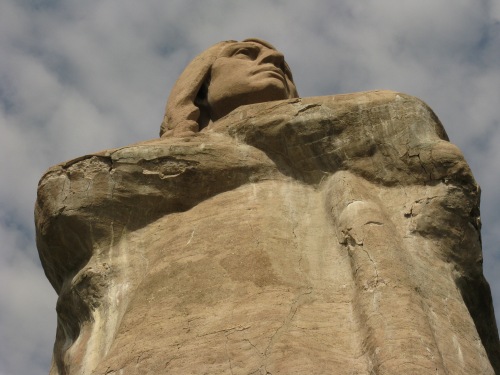