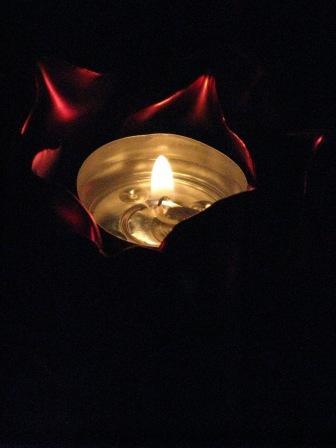 Here’s an article in The New York Times about saying goodbye to people who are dying.  Sometimes we are aware that the conversation we’re having now might be our last, but of course, people die unexpectedly — the last talk I had with my dad before his death in a car crash was not the last I thought I’d have with him. Afterwords, I thought about that last conversation and wondered if it were significant in any way except in its retroactive finality. I was soon to be married and I asked my dad if he had any advice about being married. I was conscious of this question feeling sorta forced, sorta self-aware-attempting-to-be-profound-in-a-regular-life-moment. (There’s gotta be an agglutinized German word for this.) Dad had nothing brilliant to say at the moment, nor did he try, nor did I expect him to, in a way. He was not a self-reflective person, and his only marriage, to my mom, revealed that relationships were not his area of expertise. (He reportedly once said that he just wasn’t a good candidate for marriage.)

Digression: There are a lot of skills, it has occurred to me, that one has to be competent with in order to be a successful modern adult. These abilities include: 1) the skills to do a job well enough, and the “soft skills” not to get fired from this job; 2) a capacity to maintain relationships with one’s spouse, family, friends, children, etc., each of which relationships have unique demands; 3) a facility in managing one’s money and one’s household; 4) a reasonable judgment about issues medical, psychological, mechanical, and legal, such that one knows when to seek expert help; 5) a sense of one’s identity and a philosophical sense of asking the important questions and prioritizing one’s values and attempting to understand what will make the living of life itself enjoyable and rewarding; 6) an ability to ask and answer the question, “Is it me or is it them?” in the many social situations in which one daily finds oneself (to give one of many possible examples: when I smell something foul, is it because I have trapped dog crap between my shoe treads, or is this smell somebody else’s fault — and if it is their fault, how does one mention this? And how can you be sure that one’s own olfactory sense is acting objectively? And if you figure it’s someone else’s funk, how does one tell that to the other?). This list of competencies  could go on, of course, but I think of this when I meet adults who seem to lack these skills. It can be hard to be an adult. I’m just lucky that I find myself so terrifically competent at being an adult and humble enough not to brag about it.

Back to the death-talk:  There is a question about whether the last conversation we have with a person who later dies should be considered any kind of special or privileged thing. My dad died suddenly, without us having a conversation we knew to be final, but I did have a final conversation (or so I suspected at the time) with my friend and former supervisor Charlie. I think I may have wanted a “special moment” there, but then I realized that was a B.S. way of thinking during the time I was with him. We were together in his hospital room long enough for me to get over thinking about the experience as I was having it, and we just talked. What the hell else could we do, really? We talked about his condition, then about books he was reading, ideas he had for writing projects, the Cardinals’ Albert Pujols, etc. He said he would be less lucid as the day went on as he increasingly felt the effect of the morphine drip. The last thing I remember from that conversation was his other family members coming in and they started talking about getting Charlie a computer — practical stuff. But that conversation doesn’t really rank that highly in my memories of the most important moments in our friendship.

The meaning only seems to come after the experience. It seems like B.S. to try to live in the thought of what the current moment will mean in the larger story of one’s life. After the deaths of some of people whose deaths surprised me, or reminded me how suddenly life can end, I have felt the impulse to end each new conversation with some sense of closure, of not leaving things unsaid. This action is perhaps driven by fear, and when I realize the fear-motive, I try to let it go and accept transience and all that.

But, as the Times’ article quotes Roger Ebert as saying, “Words fail me.” Much as I love words, they cannot subsume or contain reality. Lincoln’s Gettysburg Address makes this point — “The world will little note, nor long remember what we say here, but it can never forget what they did here” — though, of course, the paradox is that Lincoln’s words were so beautiful that they helped keep alive the story of what the soldiers did there.

But lately words have seemed to me more valuable as components of an experience (building-blocks of a thought, of a conversation, of a writing-experience or of a reading-experience) than as containers of meaning (words are less like bowls that hold the jelly of meaning, and more like sieves that let meaning drain away — this metaphor also suggests another aspect of meaning: also like jelly, it can’t just sit around without becoming worthless. Meaning must be refreshed — like how jelly must be made anew each year?).

It may not matter precisely what we say as much as that we say what we say (and perhaps how we say it). Labeling and describing the world does not change the world (though, of course, language users — including even my dog, when he responds to my commands — can rearrange the world based on instructions and ideas delivered through words). Much as I love using words, and much as my daily experience would be quite different without words — words are the jelly through which I swim (and how would we mix metaphors without words?) — I guess I don’t believe words can be Truth. I don’t believe there can be any Meaning of Life that can be put into words (without sounding banal). I guess I don’t believe that words and ideas could somehow exist outside of human consciousnesses. We live whether we talk or not. Silence is (or can be) golden. I wouldn’t want to be silent all the time, but I sometimes do need to take breaks from words — reading, writing, speaking, and/or hearing them — and just go outside and walk and see trees and hug my dog and stuff.

And so I’ve once again gone on for over a thousand words in a blog post that started off small (but what doesn’t?). Some of the ideas and digressions above were things that had passed through my mind and struck me as as ideas that could be their own separate blog posts, but I’m amused today to see how these minor ideas got stitched together, like a quilt (maybe one of jelly?). This stitching was only partly intended — a lot of it just kinda came together. Perhaps the sum is more than the parts, and while the parts were ideas that came to me over years, today’s blog post is a unique stitching-together. This post is an expression that resulted from my reading and my writing this morning. I have sat here for a while now and I’ve been breathing and metabolizing and my liver has been responding to my body’s chemical signals — all of these things going on, (I presume, since I’m still alive at this moment to write this), while my conscious mind did this word-expressing.

My brother told me recently that some of these blog posts are difficult to read. That stung a little, as all criticism-from-family tends to, but then I thought, yeah, I’m just putting words into symbols here in a text document. This is a writing experience I have enjoyed having. Perhaps this text is not easy for a reader, and I don’t intend to be difficult, but I have chosen to post this text without extensive re-organizing and slimming-down. If my purpose were efficient communication, this post would look different. But I have nothing here that I particularly need to communicate. I felt a need to get certain ideas out, to set them into the world (as symbols), and I felt a need to, well, just write. This text isn’t intended merely to convey meaning (by carrying the meaning-jelly in the sieves as fast as I can? or by freezing the jelly?), but this text is intended only to exist, and if reading it conveys a sense of a mind, a distinct-but-relatable consciousness, that’s all I want, I guess.